In the Digimon Card Game, your deck can include up to 4 copies of a card with the same card numbesr. In official tournaments, however, some cards are banned or restricted, limiting the number of copies you can play.

Restricted cards (1): If you want to include cards listed as restricted, you can only include a number of copies equal to the number listed in parentheses.

Note:
Banned and restricted cards listed here may be removed from the list depending on the current competitive environment.

Based on the current competitive environment, the following cards will be added to the banned and restricted list as of April 1, 2021.

Cards that will become restricted cards (1) on Thursday, April 1.

・Restricted Cards (1) - Decks can only include one copy of these cards. 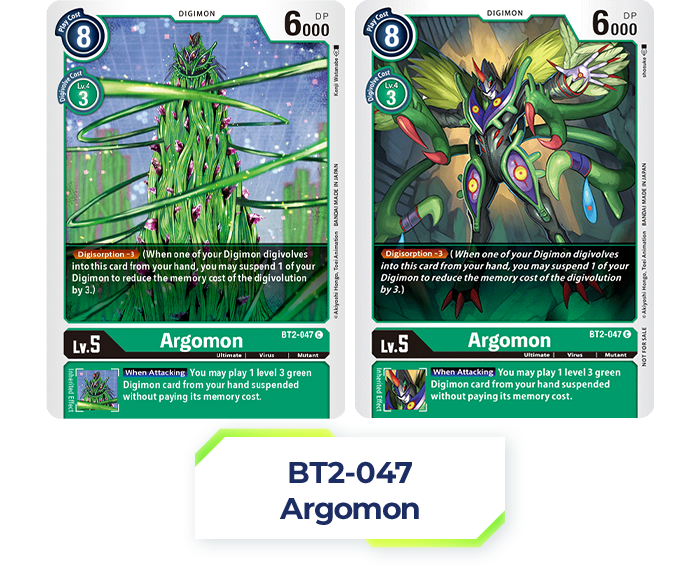 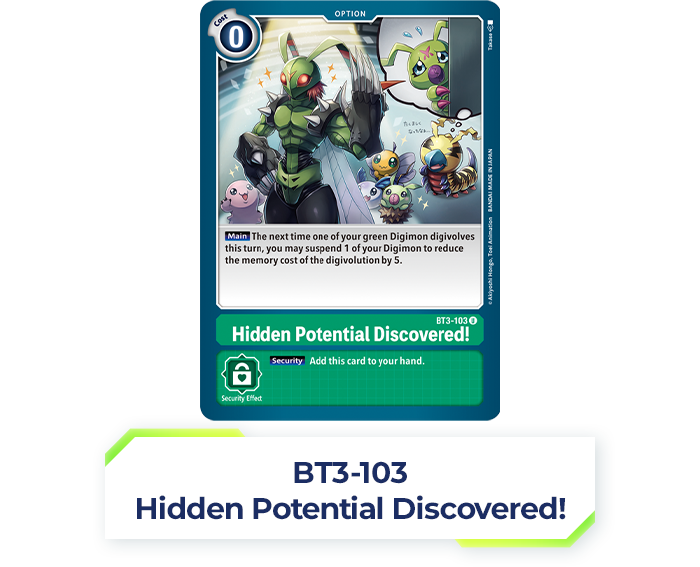 [BT2-047 Argomon] and [BT3-103 Hidden Potential Discovered!] allow green decks to easily reduce digivolution costs to zero, resulting in play patterns that are much faster than we anticipated. To bring the speed of green decks in line with other colors, we’re restricting these cards to a single copy per deck.